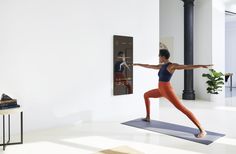 Amazon Tech Products to get on your hands on this Summer

With Amazon Prime Day fast approaching, we thought now would be a great time to take a look at some of the hottest tech products available on the giant e-commerce platform. While some of these products may not be offering Prime Day deals, they are worth checking out anyway and if they do go on […] The post Amazon Tech Products to get on your hands on this Summer appeared first on Tech Geeked.

Loki continues to cause mischief: How will he influence the future MCU?

The arrival of the second episode of Loki on Disney+ has opened up a series of question and timeline possibilities for the show and the wider Marvel Cinematic Universe. Phase Four of the MCU is already upon us, with the Infinity Sage coming to a close with the Spiderman: No Way Home movie. Phase Four of the MCU has moved […] The post Loki continues to cause mischief: How will he influence the future MCU? appeared first on Tech Geeked. 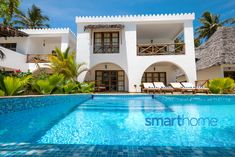 Apple representatives showed the tech giant’s plans for their new operating system, Monterey, recently at the WWDC 2021 conference. This is of course the newest software update for the tech company and there are some interesting new features. Monterey is the latest OS to have a name after various landmarks in California. One of the […] The post Apple unveils new iOS 15, the macOS Monterey appeared first on Tech Geeked. 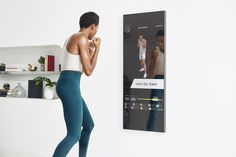 Tesla could soon have its own restaurant hubs next to charging stations In another interesting move, Tesla recently filed for a new trademark that actually was unrelated to the usage of automobiles. Instead, the trademark was for the category “goods and services”, which also means restaurants. This could indeed signify a possible move by the […] The post Tesla files Trademark Application for Restaurant, Take Out Service appeared first on Tech Geeked.

The MCU has actually had a fairly busy 2021 year for the popular comic book universe believe it or not. The year is likely going to be capped off with the release of the newest Spider-Man film, Spider-Man: No Way Home. The film is set for a release close to Christmas on December 17th. There […] The post Spider-Man: No Way Home, plot already leaked? appeared first on Tech Geeked.

Tech giant Amazon have closed a deal to purchase MGM for a massive $8.45 billion. MGM is of course a well-known Hollywood studio that owns the rights to franchises such as James Bond, Rocky, and films including The Wizard of Oz, Gone with the Wind, Legally Blonde, North By Northwest, and many more. This will […] The post Amazon purchases MGM for Massive $8.45 Billion appeared first on Tech Geeked.

Electric skates are essentially motorized shoes and are the latest e-craze. One of the best models to do this is Segway’s Drift W1 Electric Skates, which have actually been out on the market for a while now. Anyone who has seen the Back to the Future trilogy knows what a hoverboard is, and these electric […] The post Electric Skates: A New Unique & Simplistic Way to Travel appeared first on Tech Geeked.

The Best Electric Scooter for a Low Budget

There are many electric scooters currently on the market these days, which can make any purchase a tough one. Here is a quick look at some of the models that are the most budget-friendly. We’ve covered electric scooters in the past and there’s more info on the best overall scooters on Amazon here too. Solid […] The post The Best Electric Scooter for a Low Budget appeared first on Tech Geeked.

Top 3 CBD Stocks For Trading To Keep An Eye On

CBD is the hot commodity that has become a literal trend in the new-age industry. It is getting more and more popular with its excellent benefits. But at the same time, it has many aspects and sides to its advantages. Besides enjoying CBD products as a recreational drug and a medical solution, people also cherish […] The post Top 3 CBD Stocks For Trading To Keep An Eye On appeared first on Tech Geeked.

Electric vehicle giant Tesla has decided that it will no longer accept Bitcoin as a payment for its vehicles. The news comes via a tweet from CEO Elon Musk (fresh off his SNL appearance) this week. Musk wrote, “We are concerned about rapid increasing use of fossil fuels for Bitcoin mining and transactions, especially coal, […] The post Tesla stops taking Bitcoin for popular electric vehicles appeared first on Tech Geeked.

For those looking for a new binge-watch, Mythic Quest might be just the thing as it launches its second season. Apple TV+ is behind what is an intriguing comedy show for a few different reasons. It centers around a video game production company and combines a traditional workplace office sitcom with a drama about an […] The post Mythic Quest Season 2 now streaming on Apple TV+ appeared first on Tech Geeked.

Ranking the Orginal Star Wars Movies from Worst to Best

It’s coming up on 50 years since we first heard the iconic music of Jon Williams boom throughout the theater while the text scrolled down the screen. The moment is still as enthralling as it was when I first saw it. All of the Star Wars movies and outshoots have their place, and I have […] The post Ranking the Orginal Star Wars Movies from Worst to Best appeared first on Tech Geeked.

A closer look at the 2022 Mercedes EQS German automaker Mercedes-Benz has unveiled more details about its upcoming 2022 EQS electric sedan. While many details are still to be announced, such as the price, though there are indicators the EQS will have a large battery, a big screen for information and maps, and an interior […] The post 2022 Mercedes EQS: Luxurious and Environmentally Friendly appeared first on Tech Geeked.

The Falcon and the Winter Soldier Wraps a Stellar First Season

Marvel Studios has continued its run of exceptional offerings of shows on Disney+ with The Falcon and the Winter Soldier. At only six episodes, the miniseries is a quick watch for anyone who is a fan of the Marvel Cinematic Universe or those who might be interested in the legacy of Captain America and his closest […] The post The Falcon and the Winter Soldier Wraps a Stellar First Season appeared first on Tech Geeked.

8 Expenses to Factor Into Your Home Budget

Your home budget, also known as your household budget, is the money you set aside that will go toward essential living expenses. It’s critical to budget your finances to only spend what you can afford and reach your savings goals. You can guess what kind of things go into a home budget: rent or mortgage, […] The post 8 Expenses to Factor Into Your Home Budget appeared first on Tech Geeked.

Popular home exercise bike Peloton’s ties with Apple just got a little less intimate. Peloton has just recently gotten rid of the GymKit support with the Apple Watch on its new Bike+. More specifically, GymKit will not be available on Peloton’s Bike Bootcamps, which means that Apple Watch will be limited to only cycling classes […] The post Peloton surprises Apple Watch owners by pulling GymKit support appeared first on Tech Geeked.