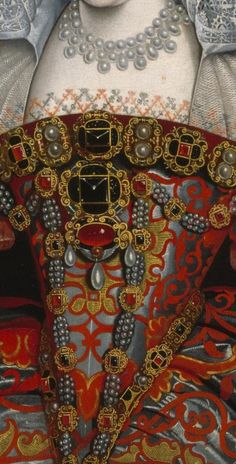 ca. 1575 Louise de Lorraine in the manner of François Clouet 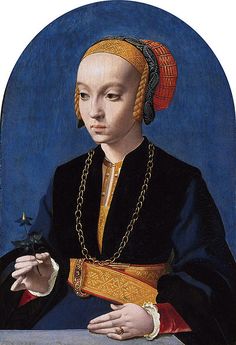 Ana de Mendoza (Doña Ana de Mendoza y de la Cerda, Princess of Eboli, Duchess of Pastrana). Spanish aristocrat, 1540-1592. Considered one of the more accomplished women of her time by her peers. Also regarded as one of the most beautiful ladies in Spain, despite having lost an eye in a mock duel with a page when she was young. Married at 12 years old to Rui Gomes da Silva, 1st Prince of Éboli and minister to the King. 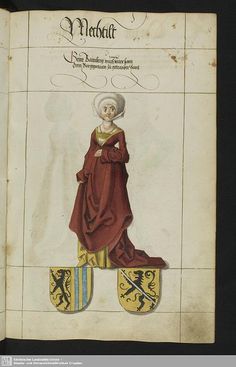 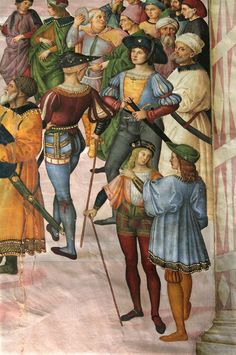 Pinturicchio between 1502 and 1508. Detail of a fresco in the Piccolomini Library in the Duomo of Siena. The library was built by Pope Pius III in honour of his uncle, Pope Pius II (Aeneas Piccolomini) and decorated with frescoes 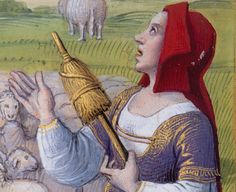 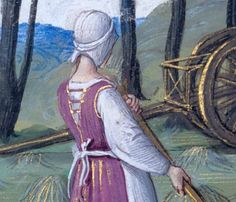 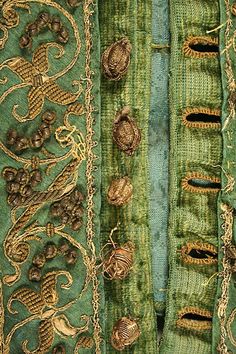 The Met Collection API is where all makers, creators, researchers, and dreamers can now connect to the most up-to-date data and images for more than 470,000 artworks in The Met collection. As part of 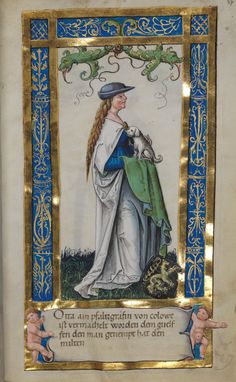 heaveninawildflower: “ Uta von Schauenburg holding a dog from Weingartener Stifterbüchlein (circa 1510) by an unknown artist. Wikimedia. ” 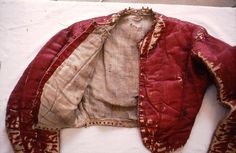 Extant doublet ca. 1560. Supposedly Italian. Now held in the Royal Museum of Scotland and documented/patterned by Janet Arnold. Red silk satin lined with linen, with cotton wool stuffed loosely between the vertical quilting. The doublet has six eyelets at each sleeve head for lacing on armor components and eyelets set into the narrow skirting for pointing (lacing) one's breeches to the doublet. . Photo credit Mary Westerman Bulgarella 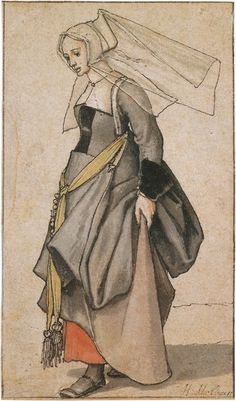 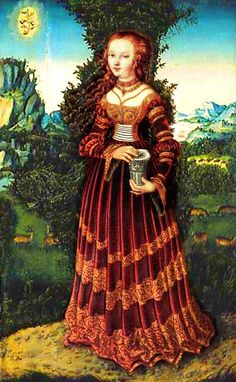 Navigation for this part of the page: As the Cranach gown is shown in so many variations in all his pictures, I’ve decided not to make an exact copy of one of those gowns but take bits and pi… 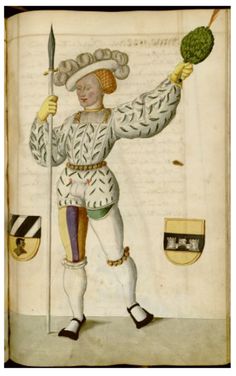 Radical Fashion from the Schembart Carnival (1590)

Illustrations from a 16th century manuscript detailing the phenomenon of Nuremberg's Schembart Carnival, (literally 'bearded-mask' carnival). Beginning in 1449, the event was popular throughout the 15th century but was ended in 1539. 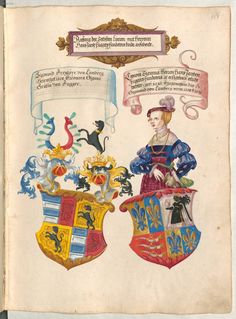 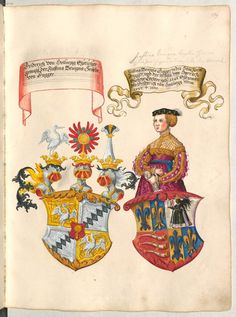