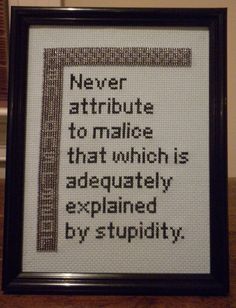 Dumbassery before teh evils

I found some Miyuki beads a few weeks ago, and they are pretty things. The grey ones have a 'ghost' finish which makes them opalescence and gorgeous. Letter beading isn't nearly as hard as I thought it would be. I'm happy with how it turned out. According to Wikipedia, Hanlon's Razor can be attributed to like eighteen different people, but they can bite my needles. For sale to a good home! 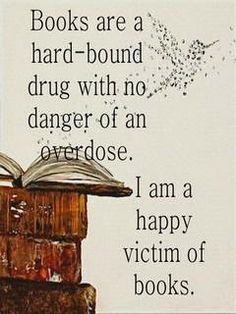 Hey there! Happy Valentine’s Day! You can all be my Valentine’s because you keep on helping me hit all those milestones! Today I am gonna send lots of love to my Bloglovin followers bec… 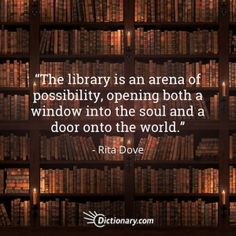 12 Beautiful Quotes About Why We Love Libraries

For book and language lovers, the library is a magical place. Read these quotes about why we love libraries so much. 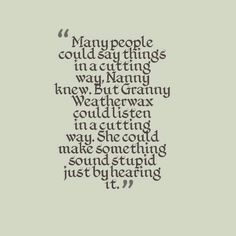 Top 10 Pratchett Women - Based On A True Story

The topic today for top Ten Tuesday at Broke and Bookish is Heroines. I decided to narrow that down and discuss 10 women from my favorite series of all time, Discworld. 1. Cheery Littlebottom – Sergeant in the Ankh-Morpork City Watch Cheery is a dwarf. She’s a female one to be precise about it but polite dwarves don’t talk about that. She decided that she wants to be open about being female and starts wearing a skirt and using pronouns like him and her. She causes quite an uproar in dwarf… 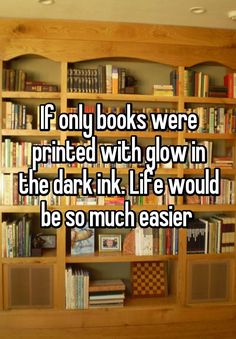 If only books were printed with glow in the dark ink. Life would be so much easier

"If only books were printed with glow in the dark ink. Life would be so much easier " 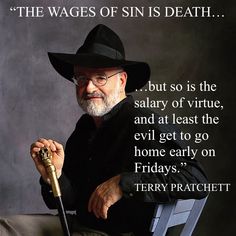 Buy Dragons at Crumbling Castle by Terry Pratchett from Waterstones today! Click and Collect from your local Waterstones or get FREE UK delivery on orders over £25. 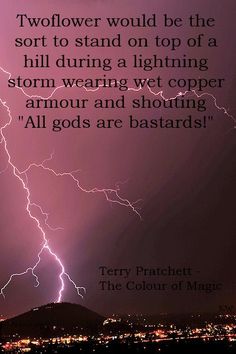 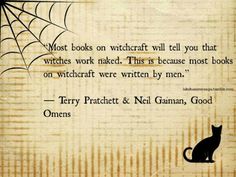 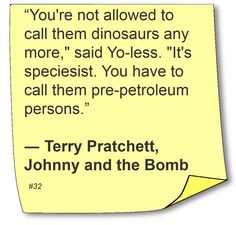 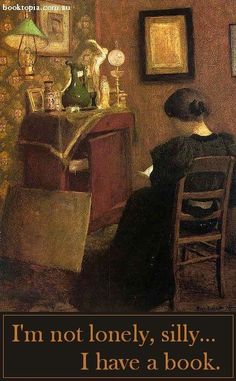 It is a good thing that I feel this way since I am alone with a book MOST of the time.

Books and The Library 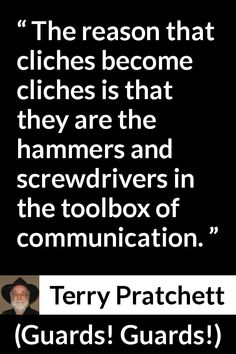 Terry Pratchett about communication: “The reason that cliches become cliches is that they are the hammers and screwdrivers in the toolbox of communication.” Guards! Guards! (1989) 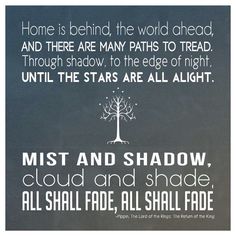 Lord of the rings quote! 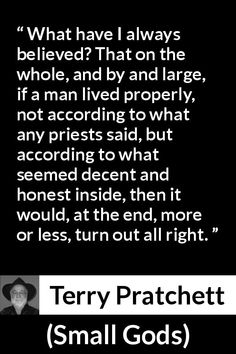 Terry Pratchett about religion: “What have I always believed? That on the whole, and by and large, if a man lived properly, not according to what any priests said, but according to what seemed decent and honest inside, then it would, at the end, more or less, turn out all right.” Small Gods (1992) 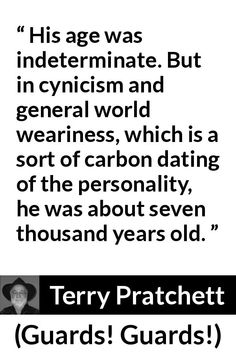